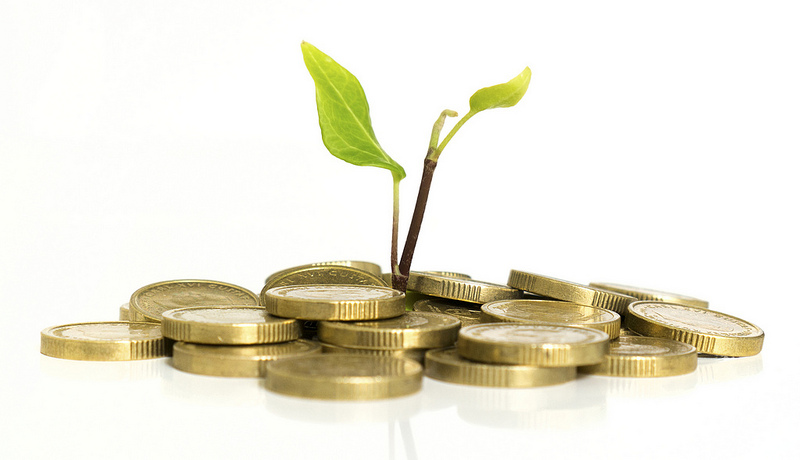 Reading all of the media and press about startups, their capital raises and sky-high valuations, just scratches the surface of how this game really works. If I wasn’t in the industry and investing in companies, I would probably be a hater too. So, let’s start by getting the basics out of the way — the difference between Angel Investing, Venture Capital and the recent PE play.

What business are investors in?

You would assume the investing business right? No, we’re in the “exit” (a liquidity event) business because that’s how we (and the entrepreneurs) make money. At some point, if it doesn’t rain we stop investing.

And what does an exit mean? That your startup gets acquired or IPOs (very rare!) for more than the valuation (hopefully!) of what we invested in. There are different stages of investing because each one has their own rules, risks and potential returns.

You need to start thinking of Angel Investing as another asset class for high net-worth individuals and VCs/PE as a business of their own. We have business models too!

What exactly is an Angel and how do they make money?

Most fall under Rule 501 of Regulation D as regulated by the lovely SEC:

(5) Any natural person whose individual net worth, or joint net worth with that person’s spouse, exceeds $1,000,000.

Basically, you have some level of excess income that (in the mind of the SEC) should you make a bad angel investment, your current lifestyle won’t change drastically if it fails.

Our assumption is that ~90% of startups will fail to return our investment, so you need to have a portfolio of at least 10 companies with diverse offerings. At least 5–7 of them will go belly up and you will lose all your invested money, while another 2 or so will breakeven and you may get some money back. The few survivors will hopefully get bought for a premium so maybe 3x-10x your initial investment, with maybe 1 going yard, like Babe Ruth, (which we like to call a homerun) at around 30x+ to make up for all your other investment losses. Oh, and just so you know, it takes ~7+ years for this to happen. Businesses take time to grow and really appreciate in value, so don’t expect this to be easy/fast money.

Timing wise, angels are generally some of the first money that a startup receives unless they had a friends, family and fools round. At this early stage, most companies have a small developing team with an idea and usually no product, customers or revenue, just “huge” potential on paper. Their valuation can range from $1M-$10M and raise anywhere from a few hundred thousand too a few million dollars. And the average angel investor makes one $25,000 investment a year, so they get a very small % of the company if it’s valuation is in the millions. See what I’m getting at?

The math is usually pretty simple at first — if I put $25,000 into a company with a valuation of $5M, I get about .5% of the company. That’s rough math as you can do pre/post valuations but we will keep it simple for now. If that startup sells for $50M (which is the average angel investment exit), I get about 10x on my money or $250k back, minus taxes.

Now, the complicated stuff happens when they start raising additional rounds of capital and the cap table (ownership % / rights) gets weird. For example, preferred equity gets paid before common stock, liquidation preferences and debt get paid before common stock and a whole host of other important terms you can negotiate. So not only will your $25,000 / .5% investment get diluted on the next rounds, but you probably have no say on rights moving forwards. However, a small(er) piece of a growing pie is usually good.

Basically, the ones who believed in you the most and took the biggest risk in the beginning when you had nothing, can sometimes get screwed over, so make sure to take care of them!

Most people don’t realize that a Venture Capital fund was raised — yes like a startup raising capital too, just used in a different way. They have pitch decks, financial projections and team slides, just like you! The only difference is they get paid either way because of their 2–20 rule, which is pretty standard.

They use 2% of the funds raised to pay themselves, employees, overhead etc., and the 20% is like a bonus that if their fund makes money back and pays their LPs etc., they get to personally keep a portion of it. Good incentive to pick well!

The stage after angel investing is where the VCs come in, usually leading a deal with a few hundred thousand to millions of dollars. This is where the valuations start to go up from $10M → $50M → $250M through the various ABCs of rounds. You’ll generally see the same investors from round to round using their pro-rata rights (so they don’t get diluted), taking board seats and really doubling down on their investments.

In the post Dot-com era, most of the companies should be gearing up for an IPO right about now but because of the markets, some uncertainty and just overall trepidation, they aren’t. This not only causes some issues for the VCs who can’t liquidate their investments earlier but for the PE companies who used to make more money in the public markets when companies IPO’ed earlier and had more room to grow. So now, the PE companies want to get in pre-IPO to try and take advantage of the bigger potential upsides.

If you thought the VC funds with hundreds of millions or even billions of dollars to invest were big, think again. When the heavy weights like Tiger, Fidelity, Blackrock, Goldman Sachs and other banks get involved, the rules of the game change. The average exit for an angel-backed company is ~$50M. For VCs, it’s ~$90M and for PE, they need it to be in the billions with the valuations they are creating. Who wouldn’t take the easier money and stay private longer?

As I mentioned before, angels get in so early that a 10–30x return would be amazing, and the same goes for VCs as well but PE doesn’t need that. If they get a 2–5x they will be ecstatic because that’s significantly better than they can do in the markets generally. And these are smart/savvy financial risk calculating bankers and like us, they know all of these companies won’t succeed.

Even just a 20% return is sometimes all they need to mitigate the risk.

This is pretty pertinent based on the current Theranos news.

Besides the Board of Directors, the executives and a handful of advisors, most people don’t know how any private company is really doing -which is the way it should be. Almost every angel investor has some job or full-time gig taking up their time and will occasionally get an update from their investments on a need-to-know basis. VCs are businesses themselves and need to keep sourcing deals to put their money to work, so they will get occasional updates as well, unless they have a board seat, to help make strategic decisions during legally mandated board meetings.

Helping is hard, especially when you get updates every so often. Most people think investors are just walking around offices and talking with their investments everyday, which is not how this works. Hopefully, you have an expertise so you can advise (NOT MENTOR) some of your investments but besides that, you’re just another check with probably no legal rights to anything.

Investing and acquisition aren’t going away

The press just can’t or wont cover everything — it’s a bad and boring business model. I read The Crunchbase and Dan Primack’s newsletter daily to get most of my updates but you need to check their sites to expand beyond our small myopic world because it’s almost impossible to keep up.

Sadly all we care about now are the “Unicorns” so check out the list of all of them and their backers.

You’ll notice that multiple VCs and PE companies are invested in a few of them, which is great. While I would love for all of the 150+ of them to all get acquired or IPO, that’s just not practical and investors know that too. If only a few of them succeed, it’ll be great for their investors, which is why they should have a diversified portfolio. And there is no question that some investors have an unfair advantage over others (i.e. location, investing history, friends/connections and available funds).

Take a deep breath and stop freaking out. Hype, anticipation and speculation are your worst enemies and only adds more needless pressure on these startups to succeed. Have you ever wondered why so many high-profile celebs have a meltdown or go to rehab? Because everything they do is public.

These are private companies, with private investors that have private information and private meetings. Just because you use their services doesn’t mean you have any right to know anything about them beyond what they let you see.

Generally, when we invest in a startup at the seed round, it’s not just because we like the idea. The real reason is that we believe in the founder(s) and/or their team. We assume that in about a year they will probably be doing something different than what we invested in. We try to find teams that will “figure it out” because almost nothing goes according to plan. It’s how they deal with issues and make decisions that will separate them from the rest.

So go forth my friend, and figure it out!