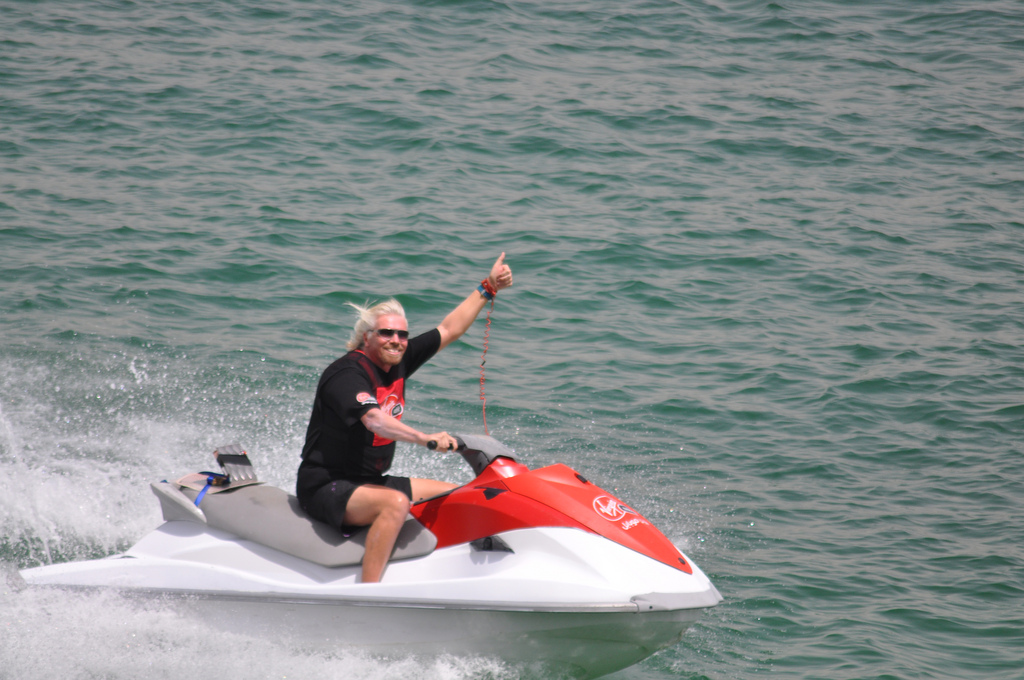 Let’s be clear: “Big ideas” don’t necessarily have to save lives, end poverty, or shift the culture — but they should alleviate real pain points for people.

The tech industry has long been known and admired for solving the world’s “big” problems. But the focus for many new companies has shifted. Instead of making great advancements that solve real problems for customers, tech companies are now shifting their focus to smaller, safer bets that may amass wealth but don’t push the boundaries.

Part of the disconnect involves capital. Markets tend to go toward realizable, short-term rewards that require little capital. In turn, pure-play software companies are favored (like Airbnb, Dropbox, and Uber, all of which have global reaches). A service becomes much more valuable as more people use it. In short, more capital should naturally flow toward deep tech.

Many have spoken before about the trouble caused by placing too much emphasis on obtaining the unicorn status, which has become the highest badge of honor for companies and founders. Big valuations are awesome, don’t get me wrong, but as the sole indicator of startup success, most would agree that they can be misleading.

Entrepreneurs aren’t entirely culpable, of course. Some of the most talented developers today are only interested in working for unicorns, and the media gives them undue attention. According to a recent article in the Economist, 144 unicorns exist today, boasting a combined value of $505 billion. That’s an eye-watering sum, but just becoming a unicorn is a poor goal for a company to have, especially when the majority of those unicorns aren’t turning profits.

Consequently, entrepreneurial endeavors centered solely on commercializing new iterations of existing things aren’t pursuing the kind of bold, innovative ideas that will actually impact the world in positive ways. Yes, there are lots of great ways to make money, but shaping the future is the real challenge tech ventures should be tackling.

Building a Better Mousetrap in 2016

If Allen Ginsberg were alive today, he wouldn’t see the best minds destroyed by madness; like Jeff Hammerbacher, he’d see them spending their time finding new ways to get people to click ads. Too many tech entrepreneurs are focusing on short-term objectives that require little capital and won’t change a thing.

They lack a sense of the big picture, and this approach is a mistake. Chasing a big idea means identifying and solving a real pain facing an industry, society, or even our whole planet — even if it seems “nearly” impossible to solve. As long as it doesn’t break the laws of the land or physics, go for it. (Or even it does break some of those laws, maybe still go for it; that sounds like fun.)

It seems that Elon Musk is our only active role model in this regard, and if entrepreneurs want to leave a mark on the future, they need to follow Musk’s example in following through on bold ideas.

The Barriers to Progress

Of course, Musk has the benefit of being independently wealthy already and can spend his own money on projects. He’s put more than $100 million into SpaceX, just under $100 million into Tesla, and an undisclosed amount into SolarCity. All three of those companies are chasing big ideas: SpaceX is revolutionizing space exploration, Tesla is making electric cars affordable, and SolarCity is working to end our reliance on fossil fuels.

But few entrepreneurs enjoy Musk’s profound freedom, and it’s getting harder and harder for startup companies to compete in the most promising new markets. Self-driving cars, artificial intelligence, and cloud computing all require enormous upfront capital that startups and private investors find difficult to access. These types of businesses rarely fit the mold for traditional capital raises as even Musk — despite his engineering and management genius — has a horrific track record meeting deadlines and not going over budget.

Technology has reduced the barriers to entry in a wide variety of industries, but the tech industry itself is, in some ways, more closed now than ever before. We live in a world where it’s easier to get an app called Yo funded — that sends the word “Yo” to any other user — than most big ideas today.

How to Get Ahead of the Pack

What hack or minor optimization will get you noticed?

There are plenty of tech entrepreneurs out there who are offering a better way to do X, Y, or Z, but who aren’t willing to try the big leap. To land on the moon or improve something significant by 100 times, however, this mindset needs to change.

Here are four steps to help focus on the big ideas:

The best ideas don’t come to you when you’re sitting around drinking coffee or refreshing Facebook. They arise when you’re hard at work on something else entirely. Think of Albert Einstein. He wasn’t an armchair physicist; he was working long hours in the Swiss patent office to provide for his family when he first postulated his special theory of relativity.

Does your big idea solve a problem that presents a clear value to society, but has never been solved before? If the answer is “yes,” you’ve taken your first step toward changing the world and achieving real success.

I approach every problem with the mindset of “Can it be done?” I’ll poke around, run some numbers, and see if it’s possible. Then I’ll find a way to do it. Don’t be deterred by a lack of funds, time, expertise, or anything else that might stand in your way. Those are human obstacles, and if you can build them up in your mind, you can tear them down, too. I’m generally a believer that if you can imagine it, it can be done. Easier imagined than done, but making the impossible possible — that’s the fun part.

Risk aversion is on the rise. According to a survey conducted by a Babson College professor, more than 41 percent of Americans ages 25 to 34 said fear of failure would keep them from starting a business. Fifteen years ago, that figure was only 23.9 percent. To solve the big problems of our age, you have to take risks, and you have to be comfortable doing so. Otherwise, you’re wasting your time.

Looking back on your career in 20, 40, or 50 years’ time, would your accomplishments make you proud? Imagine your own Wikipedia page. Would you want to read it? Do you want the most salient detail of your life to be your net worth, or do you want it to be the problem you solved and how that solution changed people’s lives forever and for good?

If more of the tech entrepreneurs of the world will join with me in taking some big risks, we will make a real difference to the future. Let’s change the world.