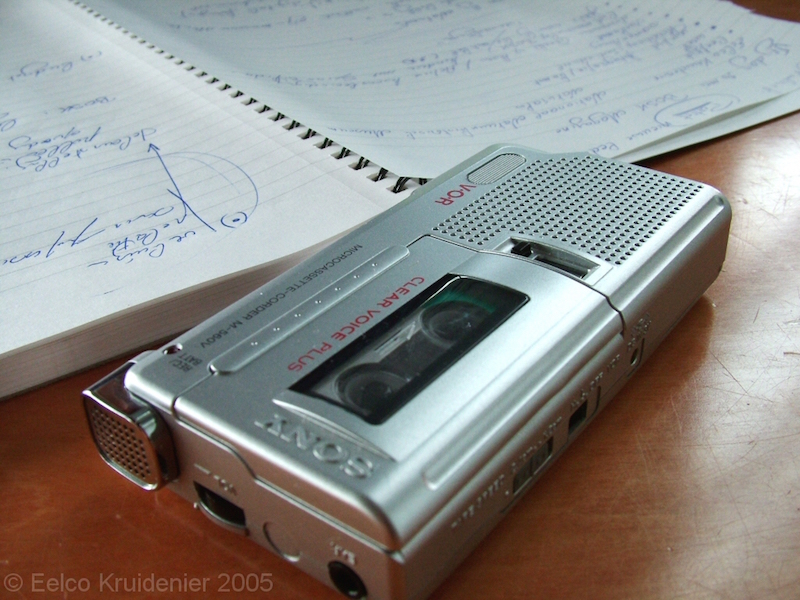 A few weeks ago I was asked by Melinda Yeaman of Outlier Magazine to jump on their podcast and speak about looking for mentors and more. You can listen to it here. Usually, I am the one doing the interviewing, but it was a breath of fresh air to get some of my own thoughts out there.

The topic on finding mentors always intrigues me because I don’t believe in titles. I feel a mentor doesn’t necessarily need to be called that or they don’t even need to know that you consider them that. So when asked who were my mentors I said everyone that I interviewed.

That made me think about why I even take the time to interview people and how valuable it is to me. I wanted to share some of those thoughts to encourage others to do the same.

Skipping The Line To Learn From The Best

The main reason I started interviewing people wasn’t to get my face seen by thousands of people, it was to learn from the best one-on-one and connect with them. You might say, “but James can’t you just ask them a question via email or ask them for 15 minutes of their time?”

Very good question by the way, but it doesn’t work that way. Think about someone like Diddy, he probably gets thousands of requests to be someone’s mentor. Or someone in his instagram photos is constantly writing “lets network.” How do you skip the line?

Now tell someone you want to interview them for a show or for a community and you have a much better chance. People like Diddy are busy as fuck, so when they speak they want more than one person to listen unless you are a big shot in the industry. An interview does this and it lets them speak about themselves in a more candid form. Successful people love to speak about the come up, so let them do so.

I started interviewing so I could reach people that I knew for a fact would be difficult to reach otherwise. I used the platform we were building to inspire them to tell me their story and educate our people. The fact that we do it to educate our culture lets us skip the line a bit but it’s not always guaranteed. Can’t win them all. Just ask Lebron James.

Building Your Network One Thought Leader At A Time

When I started out, I didn’t have a huge network of people I could talk to. All I had was twitter and dreams. By interviewing folks that I admired or wanted to learn from my network started to grow. I started to build relationships with the people we interviewed.

People I respected would tell me you didn’t just interview Ryan Leslie, you worked with him. Having someone like Ryan Leslie give you 3 hours of his time is not a simple conversation, he is entrusting you with his brand. You are working together.

From the logistics of the event to cracking jokes through text messages, you start building a relationship with people that far exceeds just a simple interview. They start to respect your hustle and start communicating with you differently and directly. By interviewing folks I have built up my network to levels I never even dreamed about. I can call Ryan to talk about music, or I can call Paul Brunson to talk about relationship issues. My network gets stronger every time I interview someone and you could do the same.

By interviewing dope people not only did I learn quicker, but I was able to build my own brand without even thinking about it. I became the thought leader without asking for it. This was made very clear by our mastermind group that I wrote about before here. Anthony and I were always seeking knowledge and one day the group told us, “keep seeking it but you guys are in the perfect position to give it!” (What… me give advice?)

Once we started believing that our whole swag changed. We were more willing to speak our minds at events and say shit we never thought we could say before. Stuff we believed was true but never had the guts to speak on because we felt we might look foolish.

Now we mentor hundreds of people via our Secret Society program and offline. Heck, we even consult some of your favorite artists and businessmen that we used to seek for knowledge. All because we decided to interview people and share that wisdom.

By amassing all of this knowledge via interviews I became a bank of knowledge. A bank of knowledge that was accessible, I was more accessible than some of the people we interviewed and people knew that. The real hustlers know that and continue to take advantage of that. My inbox and missed calls log is a testament to that.

When people see you interviewing or even chilling with the people they admire, they in turn want to get to know YOU! It’s like they are saying if Gary Vaynerchuk fucks with them, I need to fucks with them.

Don’t just look for the plug; become the plug! Your network will grow along with your knowledge base, now you will be in the position of being needed. People will see you as a thought leader or simply a knowledgeable person and will seek you out.