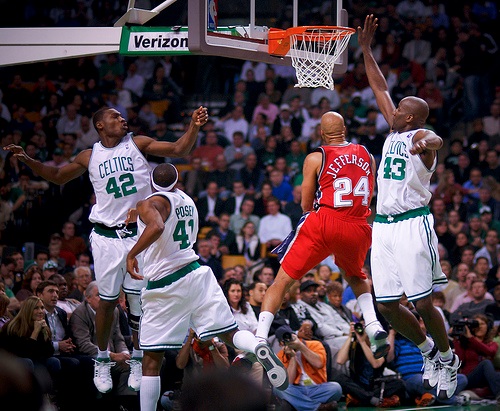 One of the core texts of management education is Jon Katzenbach and Doug Smith’s The Wisdom of Teams. Published in 1993, most of its core tenets remain insightful and useful–even though it describes a world that’s 20 years old.

The key takeaway from the book is this: teams matter because of their flexibility, utility, and focus, but a high-performing team is rare. Too often, people confuse a work group with a team–and there’s a big difference.

A group is, well, a group. But the book defines a team as “a small number of people with complementary skills who are committed to a common purpose, performance goals, and approach for which they hold themselves mutually accountable.”

We’ve found that the team approach is particularly effective for social media. John wrote about this on Thursday, but I wanted to offer a little more insight into why a team is so much better than an individual in the industry we work in.

The data shows that performance in social media is driven by rigorous execution. And we’ve found that it’s very, very difficult to find one person who can execute across all the various disciplines of social media, including (but certainly not limited to):

It’s certainly possible to find someone who is talented in more than one or two of these areas. But a B- blogger/ C+ Tweeter / D+ Analyst is not someone who will help make a big difference in performance.

Hiring one person means giving them the responsibility of maintaining your entire brand—creating the strategy, expecting them to never get sick (or leave), and counting on them to keep up on everything in the industry. All while tweeting, posting on Facebook, staying active on LinkedIn, blogging, and more every single day.

A team of social media people can do that job much more effectively. So why hire just one person?

For the same cost as hiring one person, you can get an entire team. A team who knows all of the latest Facebook tricks, regularly publishes content, finds the right audience on Twitter, and generates solid results that will get you found in your space.  A team that has seen more, that can answer each other’s questions, and can back each other up.

The truth is, most individual employees aren’t set up for that kind of productivity. And just throwing a few people in one room doesn’t make them productive either. What makes a team is shared accountability, and a high bar for performance.

Close this popup
Previous The Pitfalls of Standalone Personalization Strategy
Next Beyond Time Management: Getting Things Done Today