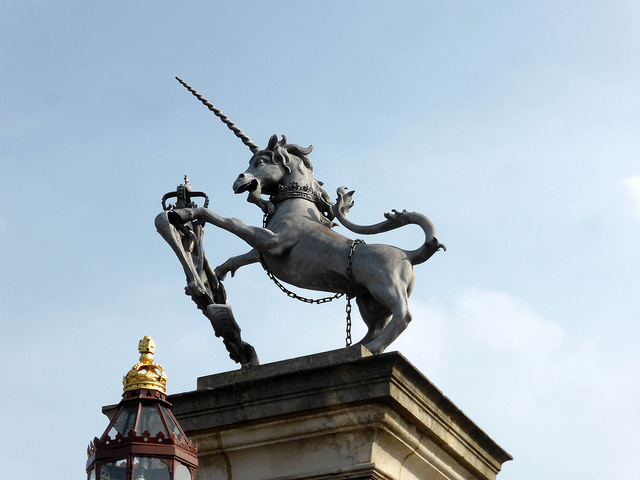 Within the past two years, more than 50 new “unicorns” have emerged in the U.S. These unicorns are propped up by venture capitalists and their rapidly expanding funds. While many will evolve into self-sustaining businesses and generate handsome returns for their investors, some will not. Nonetheless, investors continue to chase these unicorns and invest in startups at increasingly higher prices.

While most investors are in agreement that the financing markets are robust and that it’s a good time to be an entrepreneur, there isn’t yet consensus as to whether or not we are truly in a “bubble,” and how long this environment can last. On one end of the spectrum, Benchmark’s Bill Gurley has been openly ringing the alarm bells and predicting a massive correction in the tech sector and the demise of over-valued unicorns. On the other hand, investors at Andreessen Horowitz are refuting these widespread claims and are making a case that the market is not currently in a bubble. While this debate rages, the markets still have yet to show signs of slowing down. 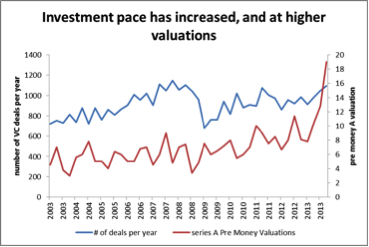 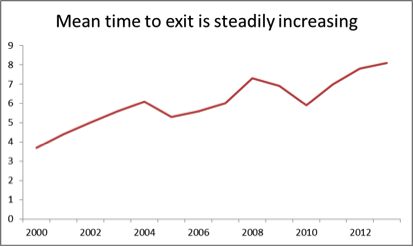 Today, it seems investors are suffering from a bad case of FOMO (fear of missing out) and are willing to stretch meaningfully on price in order to lock down the promise of an outsized return. We are seeing this behavior at both the early and late stages of the financing markets. The graphs below plot data from the National Venture Capital Association. As this graph demonstrates, Series A valuations have skyrocketed. Similarly, late-stage companies, fueled by a growing roster of large institutions and public market investors, are raising unprecedented amounts of capital, which is enabling them to stay private for longer and shielding them from the scrutiny of the public eye. This late-stage market has become hyper competitive and is no longer reserved solely for companies that are preparing to go public.

I have only been a venture investor for three years. So as a VC, I was “born” in a moment where 10x, 20x, and even 30x multiples are the norm, and where young pre-revenue (and even pre-launch!) companies are valued at hundreds of millions of dollars. It is easy to forget that it wasn’t always like this. Twenty years ago, private companies were regularly penalized with an “illiquidity discount” and valued at a discount to their public market counterparts. Today, the opposite is true and private companies are valued at a premium. My colleagues often reminisce about their investments a decade ago, where $3 million checks bought 20 percent of a hot startup. Had we invested in those startups at two or three times the valuation, or at a valuation that is considered “normal” today, our funds’ performance would have dropped significantly. Price really matters.

We often look to the public markets to help inform private market valuations. In an attempt to calibrate and better understand the current environment, my colleague, Jeremy Levine, and I analyzed public market valuation data in various tech sectors. The results of that analysis can be found in this slide deck.
Overall, the public markets are treating some tech sectors very favorably (SaaS, Consumer Internet, Marketplaces), but others less so (e-commerce, ad-tech, “legacy” software). Still, any VC can tell you that private market valuations are many multiples of their public comps. It is foolhardy to think that venture funds can maintain strong returns by paying inflated prices. The bottom line: you should only pay up when you’re right!