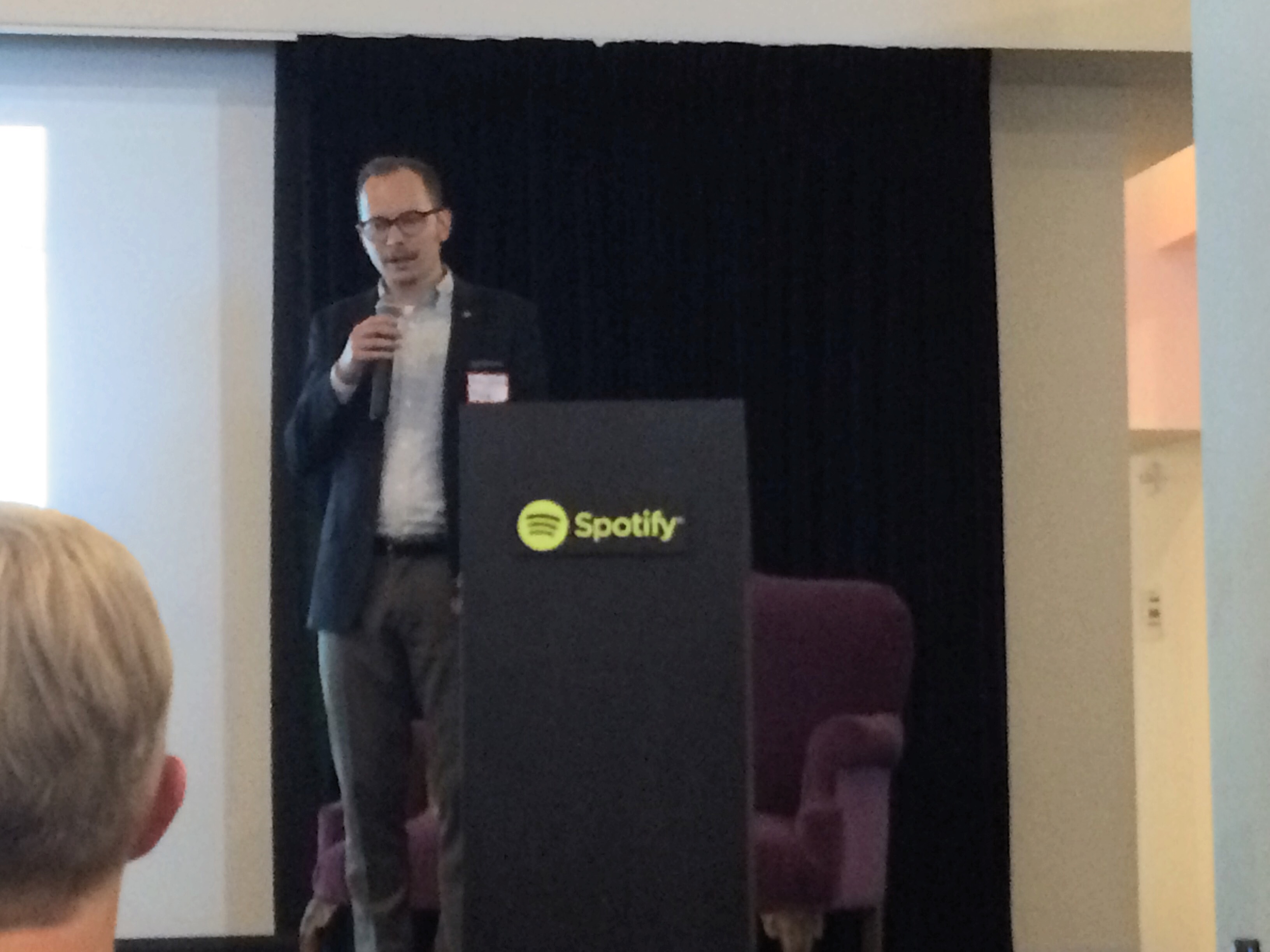 Photos are a huge part of today’s culture. With the existence of social media and the success of the likes of Facebook, Twitter, and Instagram, it has become much easier to share photos with both acquaintances and strangers alike. So last week, Designers+Geeks’ hosted “Photography By Design.” Programmers, designers, and photography and social media enthusiasts gathered at the Spotify headquarters in New York to listen to the stories of the creators and designers of three popular photo applications: Piccolo, Darkroom, and Aviary. Each offers different and unique photography experiences for users.

Nick Hall, a self-trained full stack developer and CEO of Piccolo, spoke about design and desire. He believes that good developers and good coders are designers, the only difference between the, being the materials that they work with.

Piccolo was launched two years ago and is the first social photo printing service. It was bootstrapped with funding from friends and family, designed with help from designer and developer friends, and run by Hall and his co-founder, Kate Oppenheim, as a real business.

It was designed to be “a simple experience.”

After users sign up to Piccolo with their Facebook and Instagram accounts, they buy a subscription, pick out the photos they want printed every month, and then get these photos mailed to their doorstep.

“So why print photos at all?” he asked.

And the answer is simple: “Touch.”

To Hall, holding a photograph physically in your hands gives it a whole other meaning, compared to simply looking at it from a computer screen or a phone screen. For example, the muscle memory that compels a person to fold a physical photograph’s corners to keep it flat and holding it a certain distance from sight. The sense of touch also engages and interacts with other senses, allowing for a different experience and a myriad of emotions.

“I think there is a tremendous amount of engagement built in to those actions that simply isn’t present when you’re looking at something that’s purely digital,” said Hall.

Majd Taby, creator of Darkroom, talked about how the app fits into the larger mobile photography space.

Taby had worked for Apple, doing iOS product and web frameworks on MobileMe for a year before leaving. While working with Instagram, he became more interested in digital photography and photo editing.

He co-founded the company, Bergen, providing “creative tools for creative professionals.” Darkroom, an iOS photo editor app, was their first product, created during a trip to Norway. Hundreds of photos were taken, and Taby was determined to edit all the best ones.

“The reason we were doing that is that we were trying to capture the emotion of the day in our edits,” he said. “To try to create small stories to tell to our friends back home.”

Prior to Darkroom, Taby used a number of different photo editing apps to import, edit, and share the photos, which took approximately 50 taps and 5-10 minutes of work for only one photo.

So taking all these steps and combining them into one application with a minimal number of taps, Darkroom was created.

The app has an “instant import,” which allows the app access to the phone’s photo gallery. It also allows users to create their own filters by playing around with the curves tool, in terms of selecting brightness, contrasts, and highlights as well as color tints. The app’s own filters are also editable and there is limited un-do, allowing users to experiment without hindering their creativity.

Even the most successful mobile photo-editing app, according to Taby, has less than a tenth of the market. So just because a photo editing app already exists does not mean another shouldn’t be made. Different apps apply to different kinds of users.

Emmi Hintz, a product designer at Aviary, discussed designing for everyday photographers and their needs.

“A popular trend now in photography is everyday users becoming photographers,” she said.

Aviary was built specifically to address this trend.

The first thing to remember is to know your platform. Some users buy devices specifically for how platforms look and perform.

“You want to give users an app that belongs on that platform,” said Hintz.

This is why Aviary’s app icon on an iPhone looks different from the app icon on a Samsung device. Hintz advised designers to be inspired by platform conventions, not restricted. For example, Aviary’s supply shop looks similar to that of the Google Play Store, because it is something that is already familiar to many Google Play users, which, in turn, would make it easier to navigate for Aviary users. Also, try to design for many devices, since different devices have different screen sizes and resolutions. A photo taken on a tablet is different and a bigger size than a photo taken with a Samsung phone.

It also helps designers to know their audience.

“Our goal is to design for everyone,” said Hintz. “From grandparents to young children.”

Terminologies, for example, can be confusing for non-professionals; using simple names that are easier to understand for certain actions is the best way to get users engaged with your product. For example, using “focus” instead of “tilt shift.”

“If users don’t understand your interface, they will leave your app,” Hintz said.

Also, remember to keep it simple.

“If a user doesn’t know how to use your interface in five seconds, it’s way too complicated,” she said.

Be consistent, because consistency allows for growth, especially for photography apps in which the whole focus is on the photo. A consistent format creates unity and less chaos. This was previously an issue with Aviary – the editing scheme is darker than the store, which felt like the two were different apps. They recently re-did them both in darker colors to match.

Allow users to express themselves.

“Don’t forget to keep it fun,” she added.

Aviary has a meme tool and a draw tool, allowing users to doodle, write text, and create memes. It is important to create content that inspires users.

The last thing to remember is to listen to your users. According to Hintz, many of Aviary’s features were created because of user requests, which they always take into account.

“Just because they might not react to a new feature the way you want, it’s really important to incorporate your feedback into your app,” she said.

The mere existence of these apps show just how far photography has come. It allows mobile photographers the ability to edit and print their photos just like a professional, without the use of heavy equipment, simply the phone in their pocket.